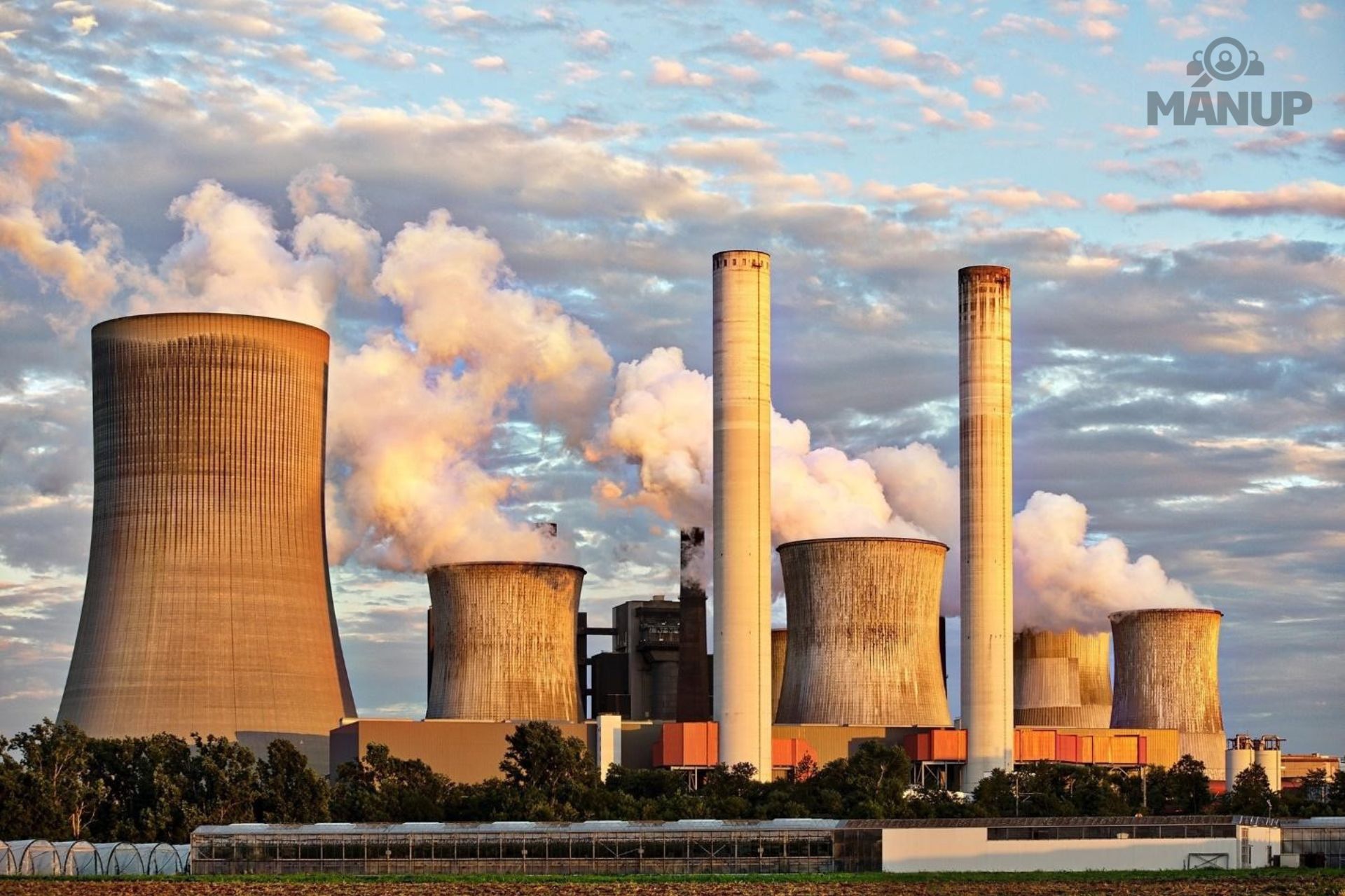 The ENERGY TRILEMMA: What You Need To Know

Enabling energy access requires fitting in other pieces of a complex puzzle – reducing the global carbon footprint while meeting the growing energy demand.

These concerns form a complementarity that the World Energy Council called the energy trilemma.

According to the World Energy Council (WEC), “healthy energy systems are secure, equitable, and environmentally sustainable.” Maintaining this balance in a rapid transition to decentralized, decarbonized, and digital systems without trading off the equally critical priority are challenging.

But how can energy leaders manage the competing demands of the energy trilemma?

What Is Energy Trilemma?

In economics, a trilemma is an ‘impossible trinity’- a trade-off between three goals that involve pursuing two at the expense of the third. In philosophy, a trilemma refers to choosing between three unfavorable options.

But the energy trilemma appears to be different – it involves striking a balance among all three goals, although within the parameters of the interests of the actor in question.

In essence, the energy trilemma refers to striking a balance between energy security, affordability, and environmental sustainability in how we access and use energy in our daily lives.

To achieve this, we need to understand the relevance of the three dimensions of the trilemma – security, affordability, and sustainability – to today's world.

Energy security is a measure of a country's capacity to reliably meet the current and future demands of energy and withstand or bounce back swiftly from system shocks with minimal disruption to energy supplies.

It also includes the resilience and reliability of energy infrastructure coupled with the effective management of domestic and external energy sources. 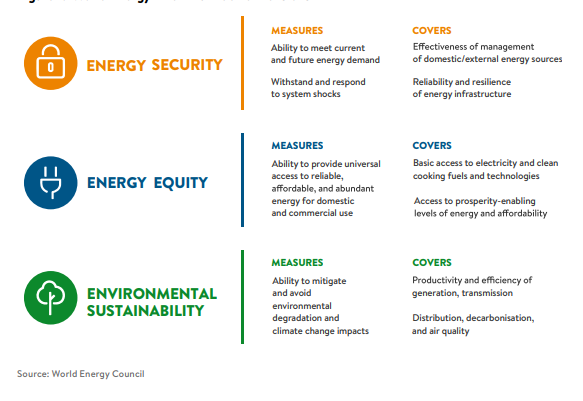 Energy equity evaluates the accessibility, affordability, and socio-economic impacts of energy in a country.

Environmental sustainability involves meeting the services and resources needs of the current and future generations without compromising the ecosystem’s health.

Energy sustainability represents the transition of a nation’s energy system towards avoiding or mitigating environmental degradation and climate change impacts. It focuses on the effective productivity of energy generation, distribution, transmission, and decarbonization while maintaining good environmental and air quality.

According to a report on the World Energy Trilemma, the energy challenges faced by each country are unique and complex, as evidenced by the variability in performance across the trilemma dimensions and contextual factors. Yet the transnational nature of energy markets and environmental issues necessitates a perspective that extends past the country level.

In recent years, Europe and some of the world’s developed countries have focused on the third of these energy trilemma challenges – energy sustainability.

Besides, the significant drop in energy consumption and dependence on fossil fuels during the pandemic in 2020 created momentum for carbon-neutral fuels and technologies, with renewables accounting for almost 90% of the increase in total power capacity worldwide.

However, things took a different turn following Russian troops' invasion of Ukraine on 24 February 2022, leading to surging oil prices from USD 8/bbl to USD 105/bbl. But why such a significant price surge?

Sanctions against Russian oil led to a vast supply gap and a sudden price surge. As a result, energy companies resumed production immediately to benefit from the surging oil prices, shifting the focus from energy sustainability policies to energy security.

“Energy trilemma describes countries' ability to provide energy regarding environmental sustainability, social impact, and security. Europe has privileged the first two criteria while neglecting the third. Now it is paying the price.” – Brookings.

Following the crisis between Russia and Ukraine, Europe, a prominent advocate of decarbonization and environmental sustainability, is returning to ‘dirty’ coal as Russia threatens to turn off the gas tap.

In March, just two weeks after Russia invaded Ukraine, the EU Commission published the outline of a plan to end the EU's dependence on Russian fossil fuels by 2030. The plan called for reducing Russian gas imports by two-thirds by 2022.

However, The Oxford Institute for Energy Studies analyzed the plan's viability and found that while theoretically doable, it would be costly and challenging to implement.

The EU must hit Russia's energy exports to punish Russia economically. And that isn't easy to do while European businesses and consumers rely on those imports.

Also, the energy crisis sparked by the war in Ukraine forced Europe to rethink its energy policy. The continent's biggest economy is too dependent on Russian imports, particularly gas, for its use. Germany neatly encapsulates the broader predicament, with Russia accounting for 55% of Germany's demand in 2021.

Russia, fully aware of its leverage over the EU, has gradually reduced its supply to Europe in apparent retaliation against sanctions. The International Energy Agency (IEA) also warned that Europe should be ready for Russia to turn off all gas exports to the region this winter.

“The situation is serious,” said German Economy Minister Robert Habeck, co-leader of Germany’s climate-conscious Greens. He called the supply cuts an “attack being carried out against us with energy as a weapon,” speaking at a Tuesday event held by the Federation of German Industries.

The prospect of firing up coal-fired plants is “bitter” but essential, Habeck said. “To reduce gas consumption, less gas must be used to generate electricity. Coal-first power plants will have to be used more instead,” he said, adding that the aim is to have gas storage tanks filled ahead of winter.

Despite the ongoing energy crisis, Germany has resisted calls to keep its last power plant online, following its plan to phase out nuclear power by year-end.

Nonetheless, the oil and gas industry is a significant beneficiary of the Russian-Ukraine war as it hastened production to enjoy surging oil prices while it lasts. A critical challenge for energy employers is finding and recruiting skilled workers to complete their projects.

For employers looking for skilled workers, Manup is a digital platform that connects highly skilled and pre-vetted workers to companies that require their service. Relax and let our robust algorithms connect you with those workers best matched to your unique requirements.

Join Manup as a Worker or Hire Pre-vetted Workers from Manup.