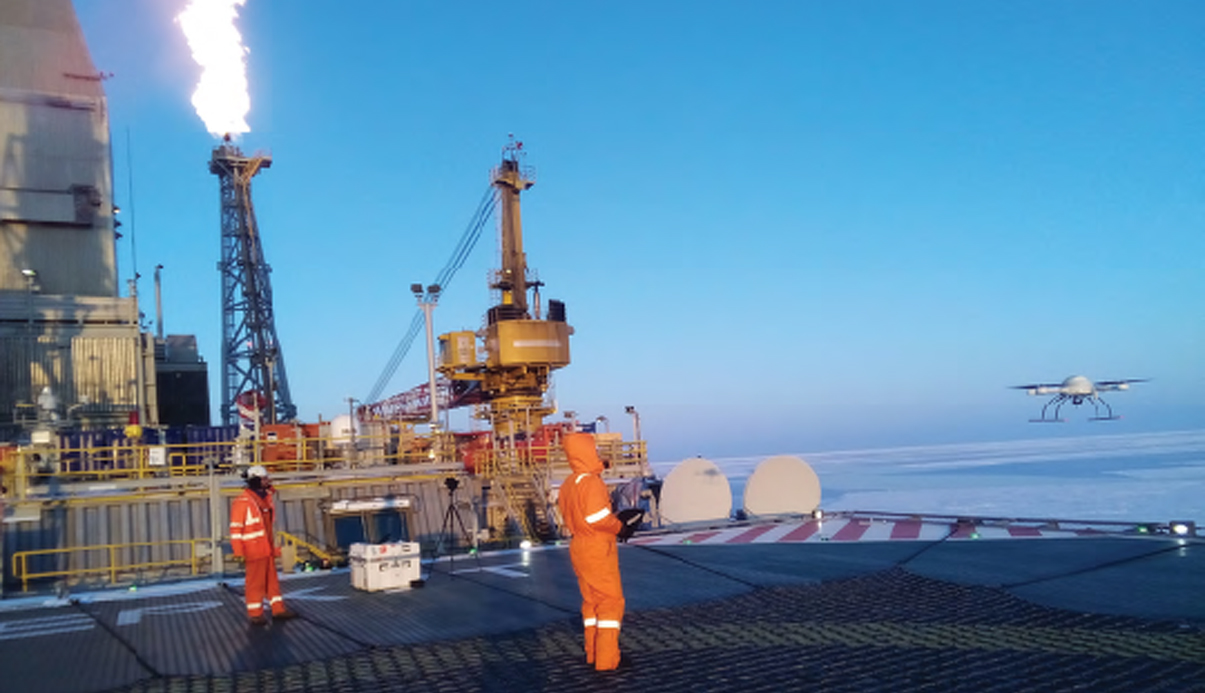 With the fourth industrial revolution, also known as industry 4.0, the oil and gas industry has adopted digital technologies to mitigate health risks and increase productivity.

An Unmanned Aerial Vehicle (UAV), commonly known as a drone, is at the forefront of digital adoption to address the limitations associated with a range of inspection, monitoring, and surveillance activities associated with the oil and gas industry.

An Unmanned Aerial Vehicle (Drone) is an aircraft with no human pilot, crew, or passengers on board. UAVs are a component of an unmanned aircraft system (UAS), which includes adding a ground-based controller and a system of communications with the UAV. A human operator may operate remotely UAVs, i.e. under remote control - as remotely piloted aircraft (RPA), or autonomously, i.e. with various degrees of autonomy, such as autopilot help, up to fully autonomous aircraft that have no provision for human intervention.

Drones In the Oil and Gas Industry

Using drones is not new. UAVs were originally developed through the twentieth century for military missions that are too “dull, dirty or dangerous” for humans, and by the twenty-first century, they had become essential assets to most militaries.

In the oil and gas industry, drone adoption initially revolved around strategic deployments for remote monitoring and surveillance of assets, such as unmanned oil platforms, equipment, tankers, etc. during regular operations and in emergency situations. Drones can provide a 360-degree view for monitoring field operations. They can observe the progress of facilities that are under construction and provide encroachment detection.

Drones are making their mark in the industry with drone makers collaborating with oil and gas companies to develop custom drone platforms that can be equipped with different data collection technologies for obtaining real-time insights. 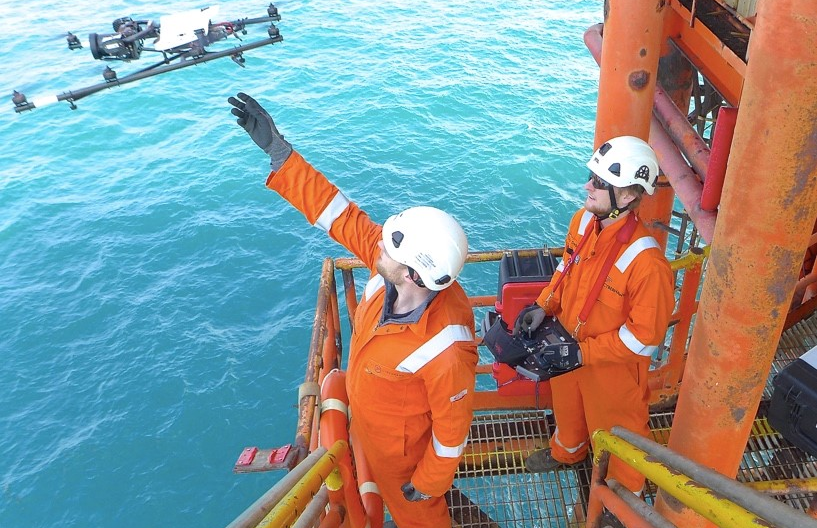 Notable Application Of Drones In The Oil and Gas Industry

Currently, the low cost of drone operation and maintenance, coupled with its growing mainstream deployment and advancement in technologies such as big data and artificial intelligence, is encouraging drone manufacturers to further develop products suited for the rigors of the oil and gas industry.

Other use cases for drones include:

Contractors and owners can use imagery and data collected by drones over time to visualize the progress of work, monitor the location of workers and equipment, and assess and document the impact of weather, force majeure events, or accidents on the job site.

Drone software systems provide convenient desktop or mobile device access to job site conditions and help facilitate rapid assessment and response to developments in the field. Besides GPS and high-resolution cameras, we can equip drones with advanced technologies, such as LiDAR (remote sensing pulsed laser to detect objects and measure distances), or thermal, moisture, or gas sensors.

With the software, users can integrate imagery and data into CAD, BIM, or other 3D models or use drones with other tools, such as land-based 3-D laser surveying and equipment and inventory tracking devices.

Drones Operator Jobs in the Oil and Gas Industry

A Manup client is looking for drone operators in Nigeria. Experience operating & maintaining either multi-rotor or fixed-wing commercial or recreational drones would be an absolute necessity.

In addition, a background in electrical, electronics, mechanical engineering, GIS or survey, and experience troubleshooting and repairing gadgets is preferred. Possession of a UAV license issued by a reputable training institute that is allowed by the civil aviation authority in the country of operation is a plus.

You can join Manup as a professional drone operator and get access to immediate project opportunities. Sign up here, or learn how to sign up here.